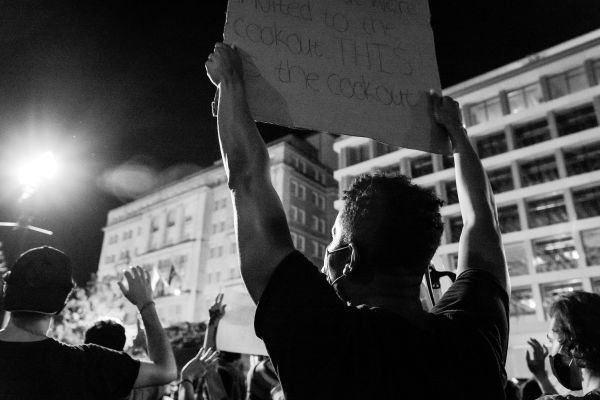 In this webinar, Dr Kim Alley and Professor Karen Farquharson discuss their experiences and research in considering what it means to undertake attentive and responsive scholarly work, reflecting on relational ethics, positionality and politics in settler colonial settings.

Dr Kim Alley speaks on the politics of solidarity and the relational ethics of working and researching in the Occupied Palestinian Territories as both an Indigenous activist and researcher.

Who gets to belong? Research into Australian racism has historically considered either Indigenous or migrants peoples, but rarely both, even when both are targeted. In her talk, Professor Karen Farquharson discusses the politics and practicalities of doing anti-racism research in Australia as a non-White, non-Indigenous researcher.

Kim Alley is an Aboriginal academic and researcher, with more than ten years’ experience in researching and teaching Indigenous Studies, Australian Politics and Middle Eastern Politics/History. Her work focuses on settler colonial histories and political violence, while also examining social movements for change and liberation, transnational activism and resistance politics. Kim’s work seeks to highlight how such histories and activism impact and inform Indigenous Settler relations today both in Australia and internationally.

Karen Farquharson is Professor of Sociology and Vice President of Academic Board at the University of Melbourne. Her research is focused on the sociology of ‘race’ and racism, ethnicity, and diversity, particularly in the contexts of media and sport.Her recent work has looked at how organisations manage diversity including organisational opportunities for and barriers to increasing diversity. Karen is co-author of three books including Qualitative Social Research: Contemporary Methods for the Digital Age (2016) and co-editor of three collections, most recently Australian Media and the Politics of Belonging (2018) and Relating Worlds of Racism: Dehumanisation, Belonging, and the Normativity of European Whiteness (2019).