Mel Murphy saw the benefits of music for both young people and adults in her years as a music therapist. She had been thinking about doctoral study for a long time when she began her PhD. 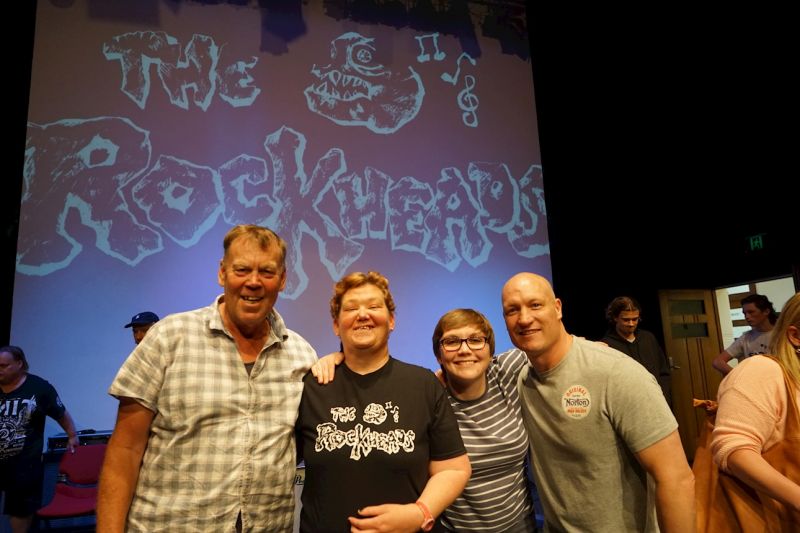 “I had been a practitioner for so long and I was ready for a change of pace. I had more and more questions emerging in my work and I was interested in exploring some of those.”

At the same time, the University of Melbourne and Scope, one of Australia’s largest disability services providers, were in the early stages of establishing a research partnership. A conversation between Professor Katrina Skewes McFerran and Scope CEO Dr Jennifer Fitzgerald revealed a mutual interest in the role of music in social connectedness for young people.

“That was the vague question that started the whole thing,” Murphy says. She began her PhD late in 2013 under the supervision of Dr Nick Hagiliassis (a clinical psychologist with Scope)  and Professor McFerran, a classmate from her undergraduate years.

“In the beginning I was looking at how, for young people with disabilities, being involved in music might improve social connectedness. Over time, my focus moved away from young people themselves and toward the larger structures around them, and how that was impacting their ability to access music.”

Murphy’s project coincided with the first stages of the National Disability Insurance Scheme, which was being trialled in Barwon Heads, near her home in Geelong. The values inherent in the scheme’s design – particularly the rights model that prioritises choice and control for people with disabilities – encouraged her to rethink the way she approached her professional work.

“It got me thinking about my identity as a music therapist. At day services I had been working with people in isolation to their communities, to their families, to anybody else.

“The idea of the NDIS, of giving people freedom through control of their finances, is to allow them to break out of that and choose their own pathways. It was really interesting to think about that in terms of access to music. Not just therapy, but music in general – going out to a gig, joining a band, even just having a personal device to make playlists.”

Those values came to be embedded in the research.

“I wondered what would happen if I found young people interested in music and said, ‘let’s design something together’. The idea was that it would be participatory – I wanted young people to be co-researchers with me and to investigate the role of music.”

The group started with three people, and though there was interest in the instruments that she brought, Murphy says that the focus was more on meeting new people. When she mapped their social networks, she found that many of the young people didn’t have strong relationships outside of their families. Her sessions provided an opportunity to connect with others with similar interests.

Over time the music became more central, and participants became more confident in making choices. They pushed for a livelier practice space and began to recruit others to come along. One member in particular, she says, grew enormously while in the group and was instrumental in what happened next.

“We turned ourselves into a rock band.”

We bandied around a few different names and settled on The Rockheads. We’ve had a few gigs and it has been really, really fun.

Since completing her PhD in 2017, Murphy has been teaching, and is supervising Master of Music Therapy students on their school placements.

“It has been really fantastic going back to being a clinician again, but now with this body of knowledge behind me. I have a real interest in setting young people up for life outside of school, making them feel like they have resources, and giving them options.”

But just because she finished her doctorate doesn’t mean she is finished with the band.

“One of the things that came out of the research was the need for more opportunities to perform. We had this idea for a music festival for all abilities music, dance, whatever. It’s called ‘Diversity Rocks’ and it’s coming up in November.

“The Rockheads will be there. We’re not quite headliners yet – we have a few cool professional bands headlining – but we will definitely be there.”