Accessing justice on an equal basis is a major issue for many people with disabilities. 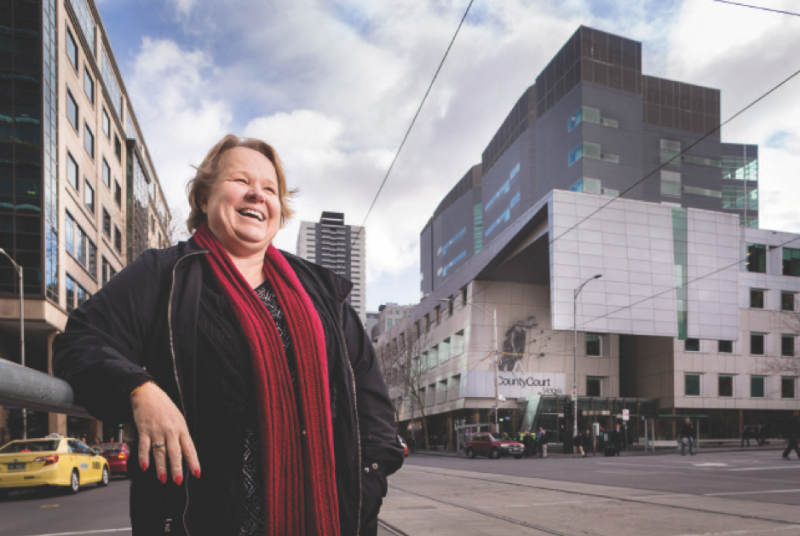 Indigenous man Marlon Noble was only four months old when he had meningitis, a serious infection of the membranes that protect the brain and spinal cord. It left him with learning difficulties.

Years later, in early adulthood, charges were brought against him for allegedly sexually assaulting two minors. He was found ‘unfit to plead’ because it was thought he couldn’t understand the charges and trial processes.

Mr Noble was held in jail for ten years without conviction, despite witnesses later claiming he never committed the offences and the charges being withdrawn.

A collaborative project led by Melbourne Social Equity Institute researchers aims to prevent this kind of injustice by developing practical and legal solutions to the problem of people with disabilities being found ‘unfit to plead’ and being held in indefinite detention.

Unfitness to plead laws are intended to protect the rights of people with the kinds of disabilities that affect their understanding of what is happening in a trial. These disabilities include acquired brain injuries, mental health issues, intellectual disability, Alzheimer’s disease, or even hearing impairments that make communication difficult.

But once a court finds an accused person unfit to plead, the court’s options range from releasing the accused into the community – usually under supervision – to incarceration, often with no end in sight.

“Marlon Noble’s case is not unique,” says Piers Gooding, researcher at the Melbourne Social Equity Institute. “There are other people who have been held in long-term indefinite detention for periods that far outstrip the prison sentences they might have received in a typical trial.”

Dr Gooding is part of the Unfitness to Plead Project funded under the National Disability Research and Development Agenda. He and his colleagues are working to understand how these laws can create grossly unequal outcomes, to make recommendations for policy changes and law reform, and to develop ways to ensure fairer participation in the justice system for people with cognitive disabilities.

The project shifts the focus from assessing a person’s fitness to plead to providing the supports the person needs to understand the trial process.

“The basic idea is that people like Marlon Noble could be supported to participate in proceedings, so long as the right support was available to them,” says Dr Gooding.

The support they provided included things as simple as using plain language with clients, helping them attend meetings and court hearings, or helping defence lawyers de-jargon their communication. In some cases, their assistance ensured that the client and the courts were aware of available disability services as part of a support package presented to court as an alternative to detention.

“The availability, the access, and the right to have information told to you is a human right,” said Jody Barney, a Deaf Indigenous Community Consultant involved with the project. “These opportunities aren’t given to Aboriginal people with cognitive impairments in the justice systems until it’s too late.”

Ms Barney, a Murri woman originally from Urangan, was employed to help train support workers and teach them what it might be like to work with Indigenous people with disabilities, drawing on her 30 years working in the field, and her own experiences of living with hearing loss.

“The work is often overwhelming due to the complexities – not only of the legal system – but those of culture, community and the disability itself. Effective communication skills are very different with Aboriginal people. There are various subtleties that will be often miscommunicated,” she says.

The trial program ended in late 2016 and was widely endorsed by lawyers, support workers and clients alike, and has had strong awareness-raising support from Indigenous media. The full project evaluation was launched in September 2017, and is already making a difference.

Several of the lawyers involved have reported changing the way they work with clients. In addition, half of the support workers trained for the program were retained by their legal centres at the end of the trial.

At a national level, the project informed the senate enquiry report ‘Indefinite detention of people with cognitive and psychiatric impairment in Australia’.

“We want the findings of our research to be retained within the organisations we worked with, and their networks and communities. All have full access to the findings of our project and we hope this will help them to pursue further action and funding to address these issues.”