Human rights need to be built into the National Disability Insurance Scheme if it is to succeed, says PhD candidate Aviva Beecher Kelk.

“I have been thinking about what business can bring to the sector and how we can consciously use capitalism as it seeps into our social welfare system. Human rights are a really hard thing to pin down, whereas for consumer rights there are all these frameworks set up.

Where the money goes, attention follows.

After graduating from a Master of Social Work, she quickly began thinking about the National Disability Insurance Scheme through this lens. The NDIS promises choice and control for its participants – but what does that mean in practice? Doctoral study became one way to explore this question. 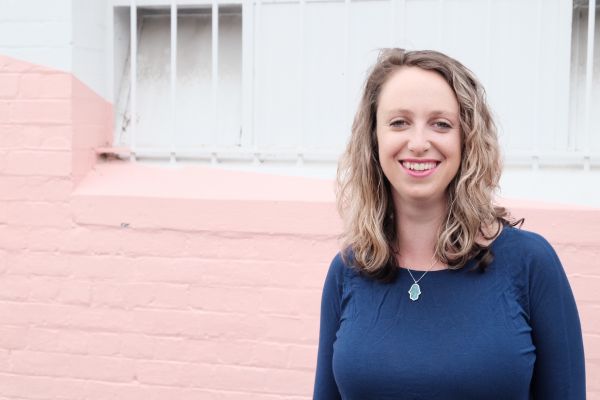 “A lot of the spaces we occupy as professionals don’t have that human rights focus. But as social workers, we can’t help ourselves. I think that’s a really beautiful strength.”

Funded by the Melbourne Social Equity Institute, Beecher Kelk’s doctoral studies explore what people with disabilities need to feel informed when they’re choosing services. She says that though she’s interested in these big picture questions, it was important that her work also be connected to people’s lived experiences.

“It was important that my work be community-focused. I really appreciate everything I receive from participants in my study, but I want to make sure they’re getting something out of it too.

“There’s no point in doing a PhD that doesn’t produce some kind of tangible outcome, some utility.”

This attitude drives her other endeavours too. In 2014 she founded Clickability, a service directory for NDIS users, together with her friend and business partner Jenna Moffat.

“I saw that from the social work perspective, making referrals to services was really hard. I would often have to call up people I had studied with who were working in homelessness, or drug and alcohol services, in order to get information about where I could refer people and the intake requirements.

“There was just no way that my clients could have done that for themselves.”

The start-up has been so successful facilitating that exchange of information that even the people responsible for connecting participants with services are using it.

“We get phone calls from Local Area Co-ordinators all the time. They’re using our service instead of the internal lists provided by the agency.”

Clickability has grown alongside the rollout of the NDIS, and Beecher Kelk says it has been an interesting platform from which to view the scheme.

“The marketplace is really immature – there is still way too much demand and not enough supply. As a consequence, a lot of people don’t care about quality. That’s a problem – for the insurance scheme, and the idea of embedding rights into it.”

Despite these setbacks, she says that there are reasons to be hopeful.

“It has been interesting watching service providers becoming savvier: better with technology, better with their marketing. When we go to expos now in places where the NDIS has been present for a couple of years, we are getting much more informed questions from consumers.

“Getting 460,000 people into this scheme is a massive undertaking, but there are signs of positive change.”