Young people who have experienced family violence have a lot to tell us, says Dr Katie Lamb, but too often there’s nobody listening.

"When I spoke to young people whose fathers use violence, I found that they really appreciated the opportunity to have their voices heard. They talked about how people made all these assumptions about the way that they felt toward their fathers, and many of those assumptions were wrong.”

Lamb’s doctoral research, funded by the Melbourne Social Equity Institute, was focussed on capturing these missing voices and finding ways to have them represented in men’s family violence programs. Her work was embedded in an Australian Research Council project looking at fathering in the context of family violence.

“That was one of the criteria I had, I wanted to be part of a larger project,” she says.

“I approached the University and Professor Cathy Humphreys wrote back to say that my timing was excellent. A position had just come up on the ARC project, and my experience and interests were a perfect fit with what they were looking for.”

Before her PhD, Lamb spent fifteen years managing programs, developing policy and in research roles across the criminal justice and child and family welfare sectors. 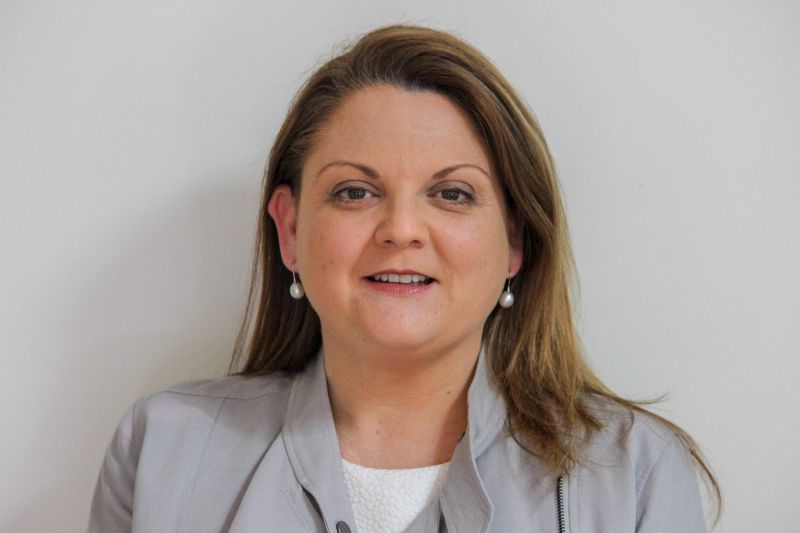 Supported by an advisory panel of sector experts, Lamb interviewed children and young people between the ages of nine and 19 years. Children experiencing family violence were clear that they wanted their perspectives to be included in the project and disagreed with some of the common assumptions made about their circumstances.

“The young people felt that there is a view in society that contact with fathers is always a positive thing. The young people I spoke to really pushed back on that. Sometimes, they said, they really need time away. They spoke about the impact on their self-esteem, their mental health and confidence.

“You can’t assume all children have the same perspective though, even within the same family. Some were optimistic about having a relationship with their fathers, others really clearly said that they were done. And there was everything in between, too.”

The strongest message came when Lamb asked if there was anything the fathers could do to make up for the violence. “Children and young people from both groups – the ones who wanted a healthier relationship with their fathers, but also the ones who said they wanted nothing further

to do with him. They all talked about wanting to engage in a process of reparation and said that a lack of closure was holding them back from healing, even as young adults.”

In terms of what reparation looked like to young people, “They wanted their fathers to acknowledge that he had caused harm, to admit it and apologise” she says. “That seems like a really small thing – when anyone wrongs someone else, you expect an apology. For these children and young people though, it was so hard for them to even imagine it happening that they would laugh as they said ‘My Dad would never apologise’.

“Then I’d ask what it would mean if he did. They’d stop laughing, they’d become really serious. They’d say that it would be amazing”.

After the interviews, Lamb invited the participants to a two-day workshop at the Australian Centre for the Moving Image (ACMI). Eight young people wrote scripts, recorded their voices and picked imagery, music and sounds to produce a digital story of the key messages that they think fathers who use violence need to know about the impacts of their behaviour on their children. These stories were designed to be used in men’s family violence programs (with protections in place to protect the young people’s identities). Some of the stories made by the young people can be viewed on the Counterpoint Advisory website.

Empowerment was a guiding principle for me, so it was really important to make sure that the young people in the study were getting something tangible out of participating.

ACMI is an amazing place with amazing staff, and the young people also walked away with new skills in editing and film making.

“I tried to take every opportunity I could to highlight their voices and to let them speak for themselves. This way, they are able to speak directly to the community, and to fathers more specifically, about their experiences and what they felt.”

This type of research with young people – empowering, participatory work – is more common in Europe, but is starting to grow in Australia. Lamb says that while it was rare when she started five years ago, most conferences she goes to now have a presentation using this approach. She credits the university and her advisory panel with supporting her method despite the challenges.

“It ticked all the boxes for risk, but because of the really valuable input I gained from the front-line workers, it was really well thought out. It actually sailed through the ethics process.

“I presented my PhD findings in the UK and Ireland, and they couldn’t stop asking me questions about that. Both here and overseas PhD students are struggling to get sensitive research with children through their human research ethics committees which I think is disappointing. It’s great that the University of Melbourne supports the importance of undertaking this type of work with children – so long as it’s done safely.”

When asked to reflect on her experience as a PhD student, Lamb has nothing but good things to say.

“Doctoral study is really challenging, but I was lucky to work on a topic that I was passionate about and to have wonderful supervisors in Professors Cathy Humphreys and Kelsey Hegarty. I have to be honest and say I loved everything about the PhD experience, (except for the final proof reading!), it was one of the best things I have ever done”.