The Melbourne Social Equity Institute's Interdisciplinary PhD Program is open to graduate researchers in any faculty undertaking a PhD related to migration, refugee studies or statelessness.

Students are supported to build networks across the University and with relevant external organisations and to develop their research in reference to current real-world challenges. Masterclasses, workshops and seminars will include a focus on ethics, research methods and approaches for communicating research to diverse audiences across and beyond the academy.

The program enriches the PhD experience by creating a strong cohort and intellectual community that assists students in developing their post-doctoral pathways.

Eligible students must have commenced a PhD and have at least one supervisor based at the University of Melbourne.

The program is giving me the opportunity to expand my understanding of the field beyond my own research interest and to reflect more deeply on significant research issues. I particularly appreciate getting to know PhD students from other disciplines, learning more about their work and experiencing the interconnectedness of our research topics. This program opens up possibilities for future collaborations and significant ongoing conversations, which I believe is very exciting and sustaining. Sarah Strauven, University of Melbourne PhD Candidate

As a supervisor it's been a joy knowing that a PhD candidate I am supervising is able to be part of this Interdisciplinary PhD Program in Refugee and Forced Migration Studies. It's also made it possible for us to create an interdisciplinary supervisory team. Three cheers for interdisciplinary team work! Dr David Denborough, University of Melbourne PhD Supervisor

In addition to the formal events below, program members have fortnightly "shut up and write" sessions and regular casual catch-ups, as well as sharing information about relevant webinars, conferences, scholarships, post-doc opportunities, funding opportunities and more.

Migrants, Settlers, Sovereignties: A Workshop on Migration and Colonialism with Dr Andonis Piperoglou

Panel: Post-PhD Careers in Academia and Beyond

Workshop on Responsibility for Refugee and Migrant Integration

Introductory full-day workshop and launch of the PhD Program

PhD candidates enrolled in the PhD program come from schools and faculties from across the University of Melbourne including Law, Education, Architecture, Fine Arts, Engineering and Population Health.

Deirdre Brennan
Campaigning for citizenship in Nepal (2006 – 2018): assessing how activism impacts upon law reform and the public perception of the stateless

Duncan Caillard
The art of looking: contemplating emptiness in the films of Apichatpong Weerasethakul

Bongkot Napaumporn
Negotiating identities and inclusion: analysis of interactions between stateless migrants and the States where they have legal connection - the case of stateless persons from Thailand in Japan

Hala Nasr
Safe spaces as a response to gender-based violence in refugee settings: possibilities and limitations

Jade Roberts
Beyond the state: an individual rights approach to recognising and protecting the rights of stateless people

Eyram Ivy Sedzro
Risk assessment in migration: the impact of information campaigns on the risk perception of unskilled and semi-skilled Ghanaian female migrants

Kelly Soderstrom
Governance and responsibility in the refugee crisis in Germany: an analysis of institutional change and the capabilities-expectation gap

Catherine Townsend
Continental European Architects who migrated to Victoria between 1930 and 1940: their experience and contribution to Australian architecture.

Franka Korantemaa Vaughan
Who is a Liberian anyways? The claim for formalised identity by diasporic Liberians

Max Walden
Where to now, if anywhere? The role of international NGOs and grassroots civil society actors in advocating on behalf of asylum seekers and refugees in Indonesia

Rasika Jayasuriya
Protecting the right to family unity: the impact of low-waged labour migration on children left behind
Completed in 2019

Sanaz Nasirpour
Diasporic relations and women’s leadership: the question of women’s rights in Iran
Completed in 2018

The Program is offered by the Melbourne Social Equity Institute and students remain enrolled in their current departments. Eligible students must have at least one supervisor based at the University of Melbourne and be undertaking doctoral research on a relevant topic.

Timely completion of a PhD thesis remains the priority, with the Program intended to enhance the experience of advanced research training and aid post PhD pathways.

Students can join the program at any time during their candidature and remain part of the program until the completion of their doctoral studies.

If you are not a current student at the University of Melbourne and would like information about how to apply to become a PhD candidate at the University, please visit the Future Students website.

Applicants are asked to provide the following information via an online form. We strongly recommend that you prepare your answers offline (in Microsoft Word or similar) and save a copy for your own records. 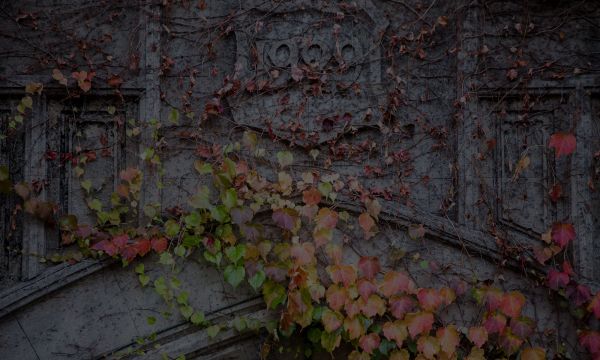 The PhD Program in Migration, Statelessness and Refugee Studies is open to students enrolled in a PhD at the University of Melbourne through any of its Faculties.  If you would like information about how to apply to become a PhD candidate at the University, please visit the Future Students website.

If you a current student or have already applied to study at the University of Melbourne and have questions about the PhD Program please contact:

For updates about our work in the area of refugees and migration, and the other activities of the Melbourne Social Equity Institute, please subscribe to our email newsletter.