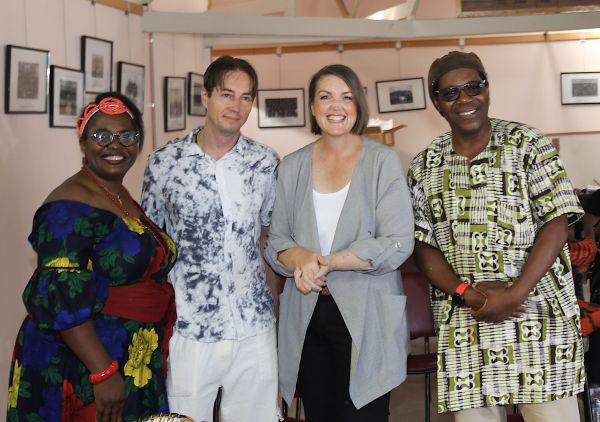 A Community Engagement Grant from the Melbourne Social Equity Institute is supporting a collaboration between the School of Languages and Linguistics, the Yoruba Heritage and Cultural Association of Victoria, and community organisation Suns of Mercury.

The project’s third event to date was a presentation called “Drum Voices” at the Gippsland Drums and Food Festival on 19 March.  Nigerian master drummer Mr Kayode Jolayemi and School of Languages and Linguistics' Professor Adrian Hearn demonstrated the connections between the ancient “talking” drum in Nigeria and the sacred “batá” drum in Cuba.

During and after the trans-Atlantic slave trade, Cuban drumming developed from Yoruba drumming, and both use drums to communicate messages.

With over 200 million citizens, Nigeria is the most populous country in Africa and the birthplace of around 8000 Australians.  The event was attended by La Trobe City Mayor Ms Kellie O' Callaghan, pictured above with Ms Bosede Adetifa, Professor Hearn and Mr Jolayemi. 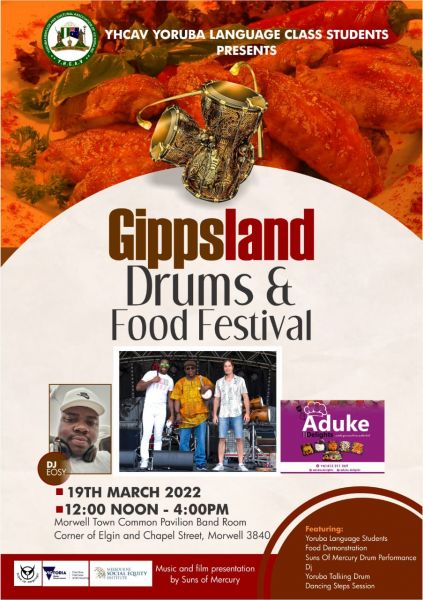