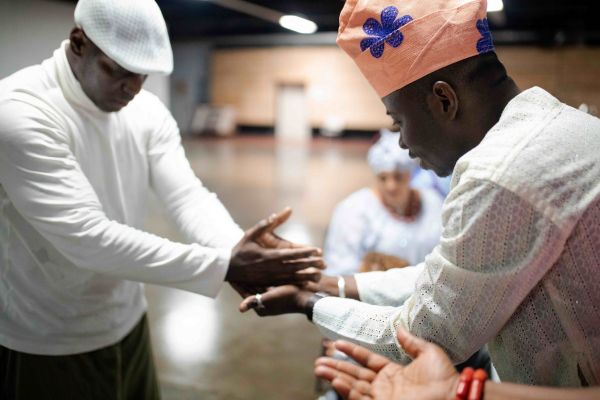 Or via Zoom (link below)

Update: This event will be held both in-person and broadcast on Zoom.

With over 200 million citizens, Nigeria is the most populous country in Africa and the birthplace of around 8000 Australians.

Yoruba ethnicity is Nigeria’s most prevalent, dating back to the Oyo Empire in the sixth century and since spreading to the Americas, Australia, and beyond.

Through its Community Engagement Grants program, the Melbourne Social Equity Institute has been supporting a new collaboration between Professor Adrian Hearn from the School of Languages and Linguistics and the Yoruba Heritage and Cultural Association of Victoria (YHCAV).

As part of this collaboration, Professor Hearn, the YHCAV and community arts organisation Suns of Mercury are hosting a celebration of Yoruba traditions and their interpretations around the world.

A live demonstration of Yoruba music and dance traditions as they have developed in Cuba since the 17th century will be offered by acclaimed artists Mr Aloy Junco and Mr Rodolfo “Panga” Hechavarría.

Join us for this celebration of Yoruba heritage.

To attend in person RSVP to Professor Adrian Hearn (a.hearn@unimelb.edu.au)