“When we talk about peace, we’re talking about many different things. It’s not just the peace-making that ends conflicts: mediators, treaties, peace-keepers putting an immediate stop to violence. After that comes reconciliation, building understanding within communities about how to live together after violence.

“More profoundly, we’re talking about the reconstruction of a society in which conflict is resolved without violence, and in which people are able to live meaningful lives in which they can access all of their human rights.”

When conflict spans multiple generations and decades, its impact can follow people even as they settle on the other side of the world.

“Diaspora communities are often divided in ways that mirror the conflicts in their countries of origin. The young people in the South Sudanese community, for example, if they’re Dinka they’re sometimes forbidden from attending Nuer events. Or if you’re Tamil and you’re helping out the Sinhalese, you’re considered a traitor and ostracised.”

Changing this isn’t easy, but within any diaspora there are people committed to inter-ethnic harmony. As Executive Director of Diaspora Action Australia, it was Denise’s job to support the people and organisations that are doing this hard work of peacebuilding.

“They know it’s to everybody’s benefit to mutually co-exist, but it’s also something that they want to do for back home,” she says. “It’s important to understand that the communities here are a part of the communities there. The South Sudanese diaspora is still embedded within South Sudan, the Sri Lankan diaspora are deeply connected to Sri Lanka. They’re affected by the conflicts, and everything that happens there impacts them.”

That works in the other direction too, and many in the diaspora are actively involved in conflict resolution projects in their countries of origin. A group of the South Sudanese diaspora in Australia has trained hundreds of peace mobilisers over a period of years in the country. Another community organisation has a messaging strategy premised on building a new nation from a base belief in ethnic diversity. Its members deliberately talk about multiculturalism with their families both here and abroad.

As a Community Fellow at the Melbourne Social Equity Institute, Denise interviewed 22 people from the South Sudanese and Sri Lankan diaspora to better understand these diaspora peacebuilding efforts.

“The whole area of diaspora work in the development sector – particularly in peacebuilding – is not really understood in Australia. There has been some literature overseas, but the focus here has been very limited. That affects our policy advocacy to government: you can make claims, and point to international research, but it was hard without that rigorous research that was specific to Australia.”

There are as many approaches to peacebuilding as there are definitions of peace, but in her research she found a common belief among those interviewed that political and military solutions alone aren’t enough. For long-lasting peace, it’s important to change what’s in people’s hearts and minds.

“The people I interviewed talked about finding ways for different ethnic groups to understand each other, understand their experiences. To understand that the line between victim and perpetrator is not always clear, and that many people are both.”

“What’s interesting is that the peacebuilding wisdom says that reconciliation comes when the conflict is over. The diaspora was saying that you can’t be that linear. You can’t wait until there’s an official ceasefire, until some magic peacetime come when everybody suddenly says ‘Sorry’. It’s an ongoing process.”

Some of these efforts involve going back to home countries and confronting what happened. One member of the Burgher diaspora organised a reconciliation road trip with the Uniting Church, taking each of the four main groups to sites of importance around Sri Lanka.

“It was like Noah’s Arc: one man and one woman from the Tamil, Sinhalese, Muslim and Burgher communities together on a bus. They drove around to visit temples, shrines and mosques, where people would tell their stories and the stories of their families, the massacres that had happened.

“It was very emotional. People were talking about it like it was this watershed moment.

“What was really interesting though was that for the people involved in those trips it became a catalyst. Many of them have been motivated to do more of this kind of work. Some are now living back in Sri Lanka and are doing further projects there. I think it has had a really profound effect.”

Denise’s research led to the Long Distance Peacebuilding report. She is also writing an academic article with her supervisor Associate Professor Jennifer Balint (School of Social and Political Sciences). The research wouldn’t have been possible without Jennifer’s mentoring and the support provided by the Community Fellowship Program. “I knew before the program that I wanted to do a piece of academic research but I wasn’t really sure how to go about it. Jennifer helped me think it through, and supported me with methodology and data analysis. It was great to have somebody to talk things through with.”

“From the beginning it was a really good fit,” said Jennifer. “I was really excited about the project and we met regularly. I really enjoyed my conversations with Denise, about her findings and the need for her project. It was helpful for my thinking around these issues generally.

“I think the community fellows model is fantastic. This is what we should be doing as academics and as a public institution. It’s part of our role to do this public work, and this is a great model for everyone.”

To request any of the Institute's reports in an accessible format please email us. 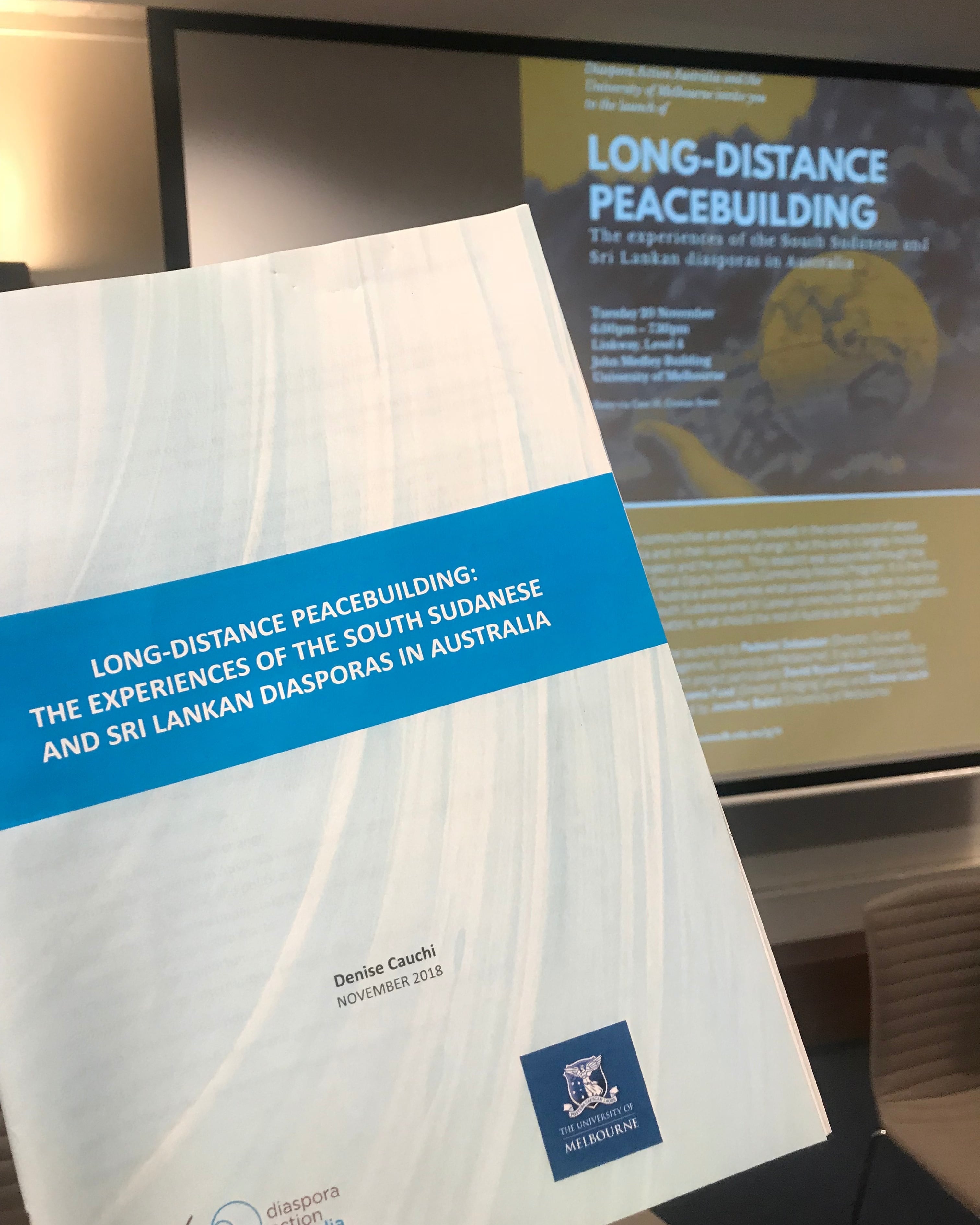