RISE: Refugees, Survivors and Ex-Detainees is the first and only refugee and asylum seeker welfare and advocacy organisation in Australia, entirely governed by refugees, asylum seekers, and ex-detainees.

Many of those who approach RISE come from environments of trauma and torture. The psychological impacts of their experiences, combined with limited English language skills, can result in major difficulties in their integration and settlement in Australia. A high percentage of RISE members have pre-existing and developed disabilities and mental health needs as a direct result from forced displacement and fleeing places of conflict.

Through the scoping study completed as part of the Community Fellows Program, Dominic sought to find out:

Throughout the fellowship, Dominic worked with Dr Karen Block and Dr Cathy Vaughan from the Centre for Health Equity, in the Melbourne School of Population and Global Health. 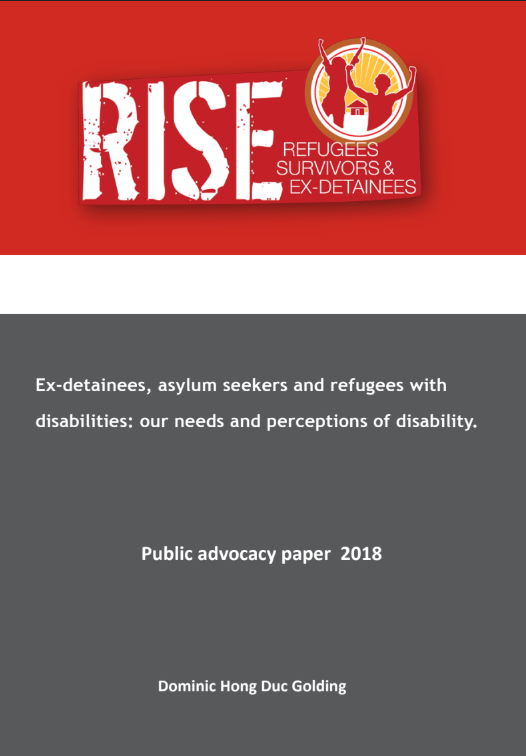 In November 2018, Dominic Golding was interviewed by Chronically Chilled, a weekly radio program on 3CR focused on topics about chronic illness, disability and mental health. Dominic joined the show to talk about the report, the systemic barriers that refugees and asylum seekers with disabilities face when accessing support, and the change that needs to occur.

Visit the 3CR website to listen to the show.