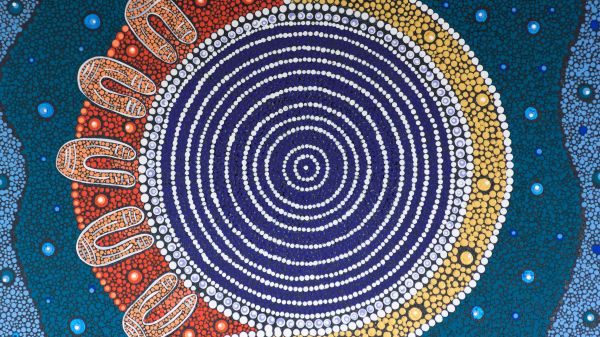 A new online family violence resource co-designed with the First Nations peoples of Wadawurrung Country has been launched in Geelong. The project was funded by a Melbourne Social Equity Institute Seed Funding Grant.

Developed by a research team of PhD candidate Renee Fiolet, Professor Kelsey Hegarty and Dr Laura Tarzia from the University’s Safer Families Centre of Research Excellence, Burndawan is an online resource that encourages users to assess their relationships, take positive action, and seek support from services and organisations that suit them.

Burndawan was co-designed with an Aboriginal Community Advisory Group comprising First Nations peoples of Wadawurrung Country to ensure it has relevance for members of their community who are affected by family violence. Burndawan is a word from the Wadawurrung language meaning ‘safe’.

The resource was launched in Geelong on Monday 25 November to coincide with the International Day for the Elimination of Violence Against Women.

Project leader Renee Fiolet said Burndawan was developed in response to concerns expressed by Wadawurrung peoples that they have difficulty accessing traditional face-to-face services for family violence because of shame, fear of child removal, and a lack of cultural awareness among some existing services.

“Family violence is a prevalent issue within Aboriginal and Torres Strait Islander populations despite it being unacceptable within Indigenous communities. Aboriginal and Torres Strait Islanders face greater barriers to seeking help than non-Indigenous people do, and they have rarely been consulted regarding family violence interventions designed for them, which can often lead to poor adoption,” Ms Fiolet said.

In answering the needs of the people of Wadawurrung Country, Burndawan has been designed to support those who experience family violence or use harmful behaviours. Users can identify as any gender and are able to remain anonymous. In addition, the Wadawurrung peoples expressed a desire to have a ‘healing’ section of the resource encouraging users to begin their healing journey.

Kaley Nicholson, a Barapa Barapa, Mutti Mutti, Yorta Yorta, and Tanaurong woman and member of the Aboriginal Community Advisory Group, said “Ensuring the content is informed by the local community has meant that there is a sense of ownership and accessibility never seen before.”

“The launch of Burndawan is a proud moment for the community and the University of Melbourne research team,” said Ms Fiolet. “Two years of co-design have led to a culturally informed resource that community members are likely to use and draw strength from.”

The project received support from the Melbourne Social Equity Institute, the Safer Families Centre of Research Excellence, and charitable organisation Give Where You Live.

Read More About the Project on Pursuit