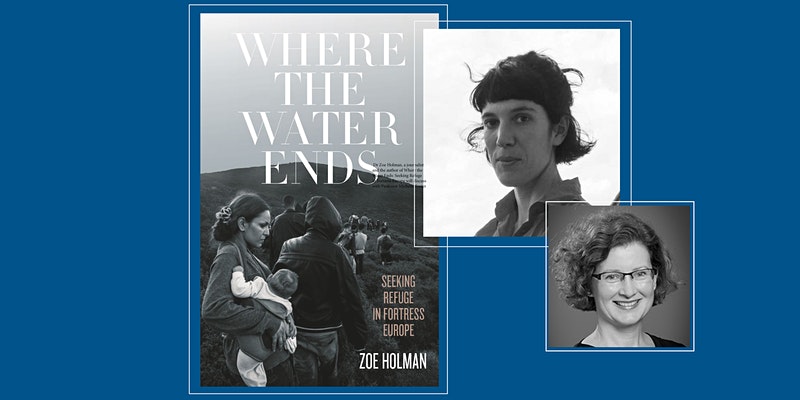 A link will be sent to registrants prior to the event

Part of the Migration, Refugees and Statelessness Seminar Series, presented in partnership with the Peter McMullin Centre on Statelessness.

Around the world, forced migration doubled in the decade leading up to 2019. Over that time, the borders of the European Union became the world's deadliest frontier. More than 20,000 people have died or disappeared while attempting to gain entry since 2012, the year the EU was awarded the Nobel Peace Prize.

In this event, Dr Zoe Holman, a journalist and the author of Where the Water Ends: Seeking Refuge in Fortress Europe discusses with Professor Michelle Foster the intricate and complex daily, monthly and yearly challenges of those seeking, within or outside of 'the system', a future for themselves within the EU.

The discussion reflects on the lessons of the past, the isolationist spirit of the present, and the promises and failures of international institutions and conventions.

Zoe Holman is a journalist and writer whose reporting, essays and poetry have appeared in outlets including The Guardian, The Economist, London Review of Books, The Sydney Morning Herald and VICE. Zoe’s work investigates human and political subjects relating to migration and borders, foreign policy and social and environmental justice. Zoe was raised on Wurundjeri country in Melbourne and has since lived and worked in England, Lebanon, Syria, Cambodia, Palestine and Europe.

This event will commence at 1pm  AEST on Thursday  27 May – see other time zones.